CLOTHING sizes can be rather inconsistent and unreliable, leaving people struggling to fit into the size they usually wear.

These fashion fans, who vary in size, all tried on a pair of size 12 jeans in an experiment to see just who these fit the best.

Posted to TikTok by @hannahjbracken, the video has since received over 948.8K views, with the women being praised for their confidence at taking part in the challenge.

The first woman to try on the pair of jeans usually wears sizes 10 or 12, however the jeans were actually too big for her – despite being a size 12.

The jeans were then far too big for the next woman, a size 4/6. 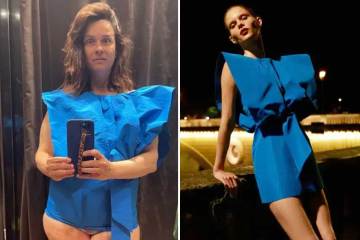 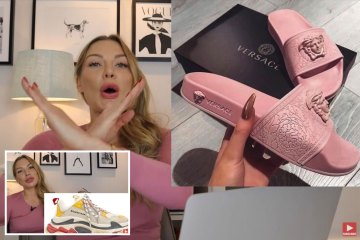 Then tried on by a size 16/18 woman, the jeans were too small, although Hannah adds “she was giving body.”

Viewers were quick to praise the women for taking part in this and saying they wouldn’t have felt comfortable doing so, with one writing: “I’m too sensitive for this -size 16ish gal”

Hannah’s video has drawn attention to the lack of consistency within women’s clothing sizes – despite the jeans being size 12, they were actually too big for the woman who wears this size, and instead actually fit a size 14 better.

This TikTok fashion fan isn’t the only one to shine a light on this issue. One woman has recently shown how she can fit into both a size six and size 18 at Primark.

Another woman shared her discovery that a New Look 10 and Primark 18 are actually the same size.