IDAHO FALLS – The Idaho Falls Interfaith Community, a coalition of 15 different churches, is partnering with Team INL to provide free clothes for those in need.

The third annual clothing giveaway occurred at The Westbank at 525 River Parkway in Idaho Falls this weekend.

Team INL hosts clothing drives throughout the year and provided the bulk of the clothes. Event organizer Pastor Regina Herman with New Day Lutheran Church tells EastIdahoNews.com their generous donation allowed them to provide 26 tables “filled to the brim stacked five piles high” for those with clothing needs.

“There’s just clothes galore and that was only half the donations we received from Team INL. It’s a huge thing and it’s a great partnership,” Herman says.

The two-day event kicked off Friday and Herman says the turnout was incredible. About 44 families or 152 people benefitted from it and she anticipated many more families benefitting from Saturday’s event.

Each day, people were allowed to “shop” for an hour and fill a large garbage bag with clothes. Facemasks and gloves were provided. 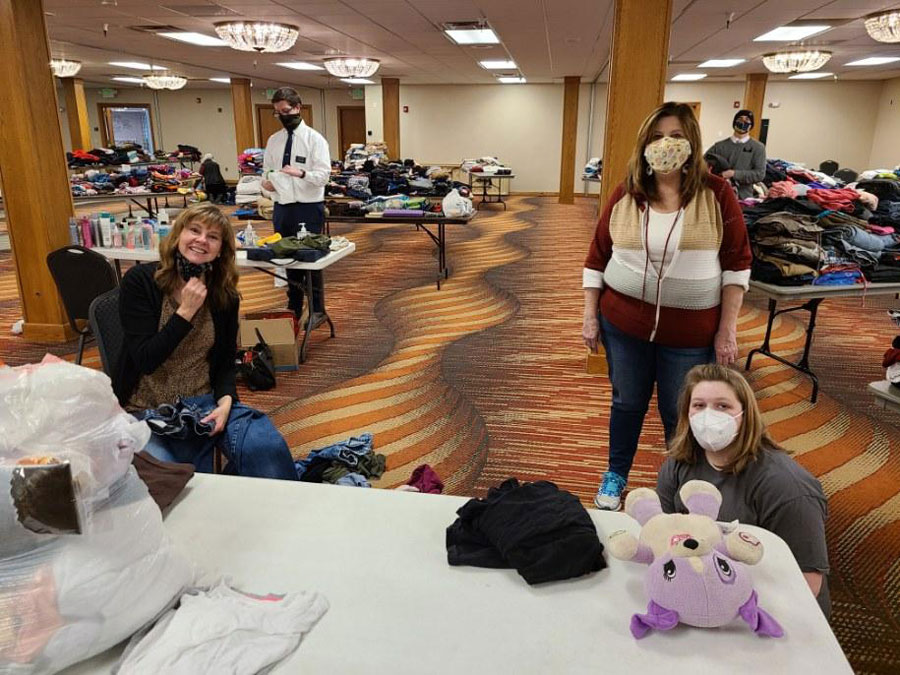 The clothing giveaway got started in 2018 because Team INL had collected a ton of clothes that were just sitting in storage.

“Team INL had been (hosting clothing drives) for a while. They had initially only been doing it with folks that are … working at or associated with Idaho National Laboratory. They were getting so many donations that they said, ‘Man, we should really broaden this out to the community because we’ve got two storage units filled with clothes,” Herman says.

A Team INL member worked with someone at New Day Lutheran Church and that’s how things were set in motion for the clothing giveaway.

Prior to this year’s event, Herman and her team saw an increased demand for clothing and housing assistance in the community. The COVID-19 pandemic made it particularly challenging to make these items available to people, but with the help of Team INL and more than 60 volunteers, Herman says they were able to make it happen.

“This year, churches either did not have enough space for this or were wary of having a big event like this, (which is where the event has been held in year’s past) so we were so grateful to the team at ANDX Entertainment (which owns The Westbank). They’ve been phenomenal to work with,” she says. “It’s been such a blessing. Everyone has been wonderful and so supportive in making sure we had everything we needed.”

The Idaho Falls Interfaith Community was formed last year by a team of faith leaders to “promote peace, love, hope and justice for all.” It hosts different events throughout the year, like prayer vigils and other occasions to learn about other faiths.

The clothing giveaway wraps up at 3 p.m. Saturday. It will happen again next January. Herman says she’s looking forward to continuing to serve those in need.

“This event is only possible because of all of the partnership and community building between these different groups. I’m always blown away by this event and how many people are eager to help,” she says.